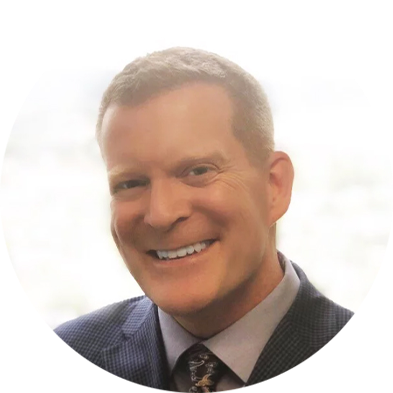 John Haman has been an Arkansas Wealth Management Advisor since 2004, moving his practice to Encompass in 2019 after a successful 15-year career at Northwestern Mutual. In addition to his detailed work with investment and retirement strategies, John carries a Chartered Life Underwriter Designation (CLU), demonstrating his expertise in life-insurance strategies. his career has been marked by a focus on thorough, needs-based strategy for each client.

During much of his tenure at Northwestern Mutual, John was chosen by the home office to provide in-depth education to advisors in Arkansas, Tennessee, and Mississippi on the topics of disability income insurance and retirement strategies.

John graduated from Hendrix College in 1987 with a B.A. in Theater Arts, with distinction. He acted in and directed plays for many years, then, in 2017, his passion for theater developed into a second career in playwriting. Since then, John has written more than 10 plays for professional, amateur, and school theaters, and most have been produced on stage or featured in public readings. One of his plays was the vehicle Lakeside High School used to win the 2019 State Championship in one-act play performance, awarded at Arkansas Thespians Festival. The same play was presented in a special showcase that year at International Thespians Festival. John occasionally teaches playwriting units in area high schools, and he loves to assist his wife, an area theater teacher with productions and thespian troupe activities. John believes strongly in work/life balance.

He was born into an Air Force family in Okinawa, and moved around the world in his younger years, settling in his mother’s native Arkansas, and attending North Pulaski High School from grades 7-12 before enrolling at Hendrix. He is a second-degree black belt in Judo, and spent many years teaching the sport.

Before becoming an advisor in 2004, John had a successful 13-year career as a reporter for various newspapers in the Little Rock area, then explored a transitional career in Public Relations before settling into his work as a Wealth Management Advisor. John is married with three children. His wife, Sarah, worked in the business with him for many years before becoming a teacher, and helped him develop a large and devoted clientele. The family lives on a tiny farm where, at last count, they enjoy the company of three dogs, 13 chickens, and three goats.